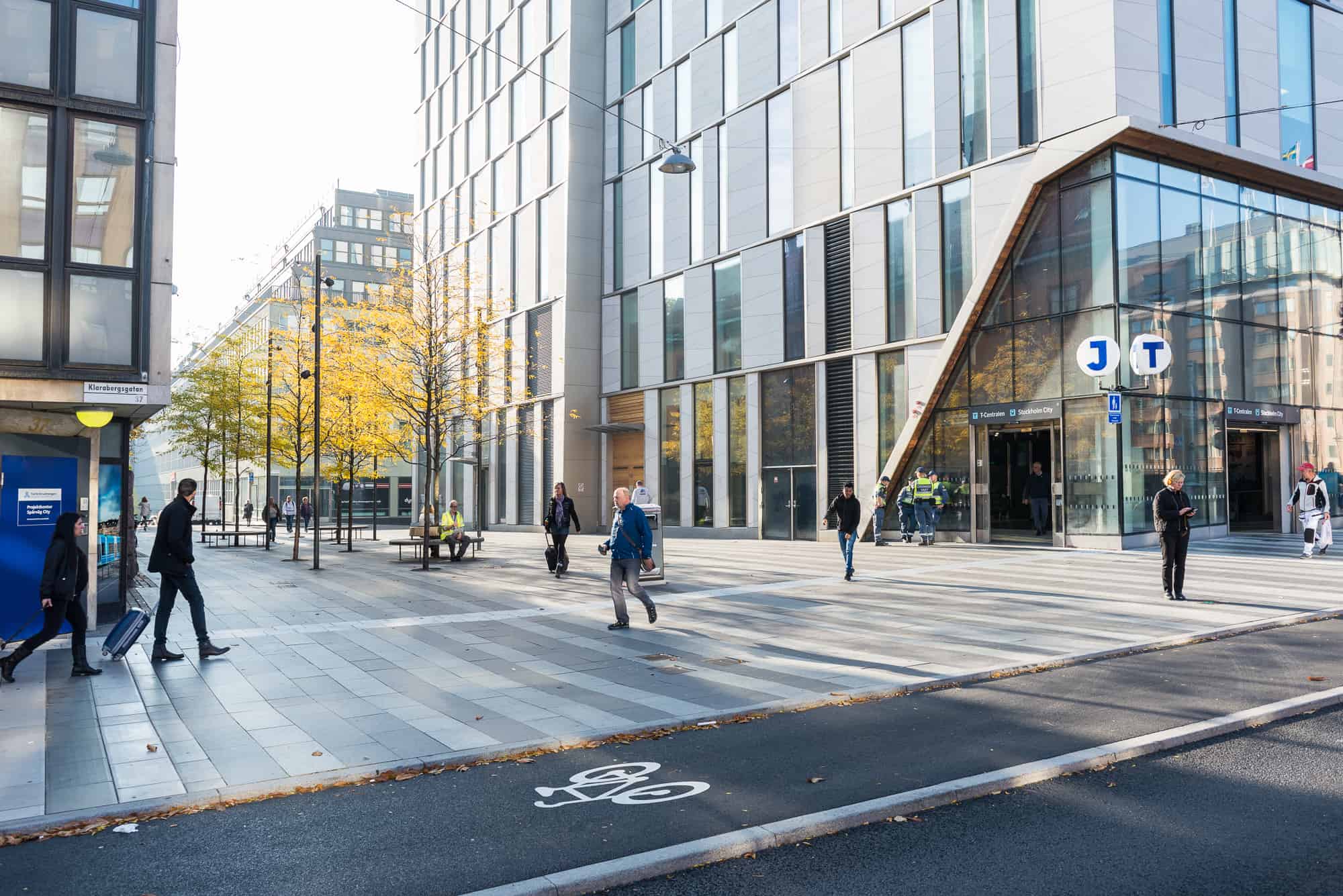 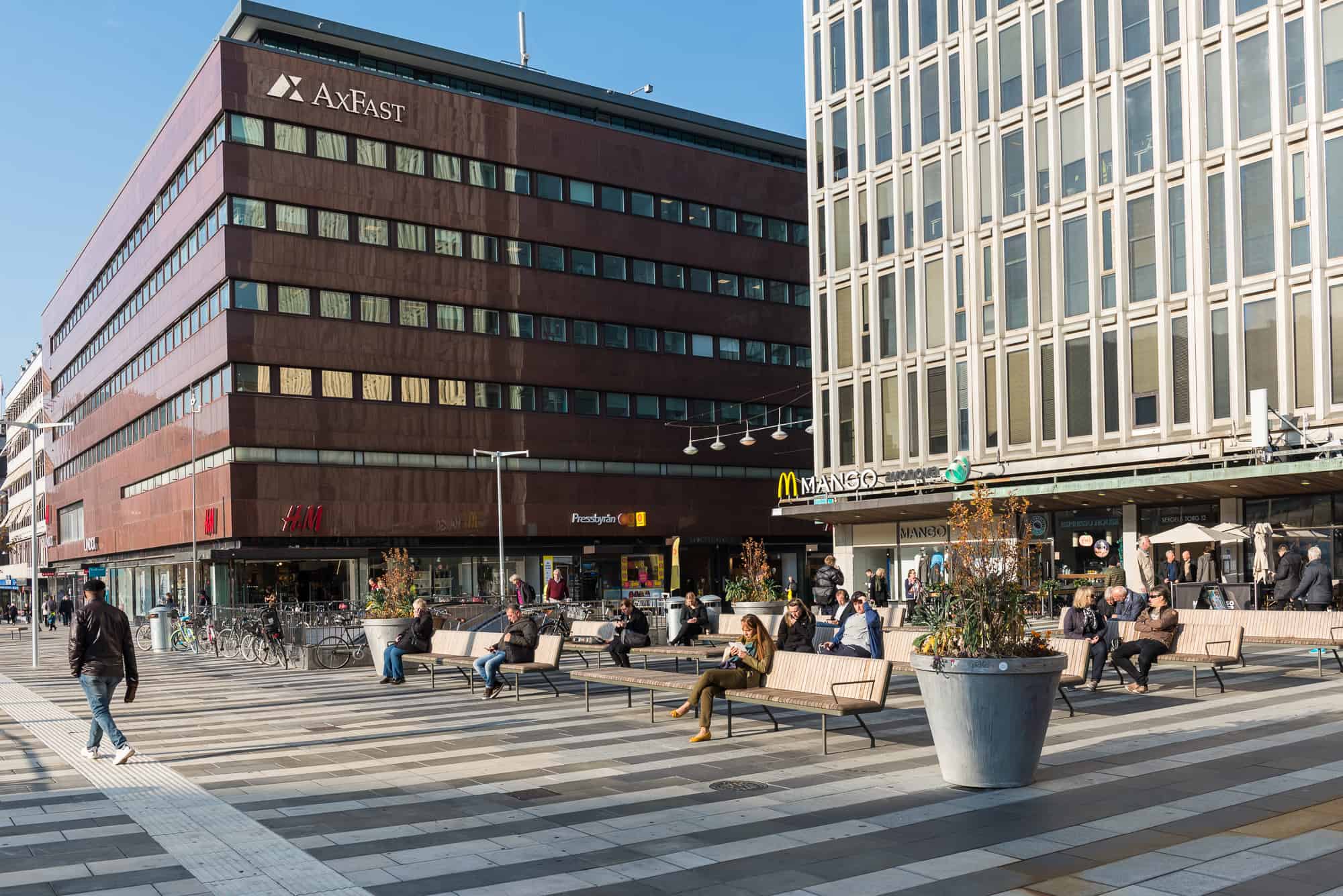 Treeline’s engagement in the area around Sergels Torg has been going on for a long time and in various forms. The main objective was to investigate functions and develop a human centered design of this very central area in Stockholm. With the Spårväg City and Citybanan’s new entrance, the area is one of Stockholm’s most important transit points. Analyzes during the work showed that the number of pedestrians will increase from today’s 40,000 per day to about 85,000 per day in 2030, mainly due to the expansion of the CiTybanan and Spårväg City.

During the work with Spårväg City it became clear that it will not be possible to adequately accommodate the necessary functions, such as bicycle lanes, space for pedestrians and tram on Klarabergsgatan. Therefore, Klarabergsgatan has now become car-free. Spårväg City and the renovation of the sealing layers around Sergels Torg were coordinated and created the opportunity to take a holistic approach to the design. Klarabergsgatan now connects important city spaces in the city; Sergels Torg, Drottninggatan, Soltorget at Hötorgsskraporna and Citybanan’s new entrance. The design integrates the tram as a new element in the urban space while preserving the area’s original and special modernist character. The street has now generously sized walkways that allow both pedestrians, bicycles and open-air cafes.

A design program, “Guidance for the street room’s design”, was developed and anchored with the relevant stakeholders. The program has then been the basis for detailed design and follow-up.

Treeline has gained the confidence of Stockholm City to work in various roles in this exciting project since 2011, from investigation to completed construction. The design work has been pushed forward in close collaboration with our client Stockholm City Traffic Office, WSP, Dinell Johansson, other consultants and the contractor.